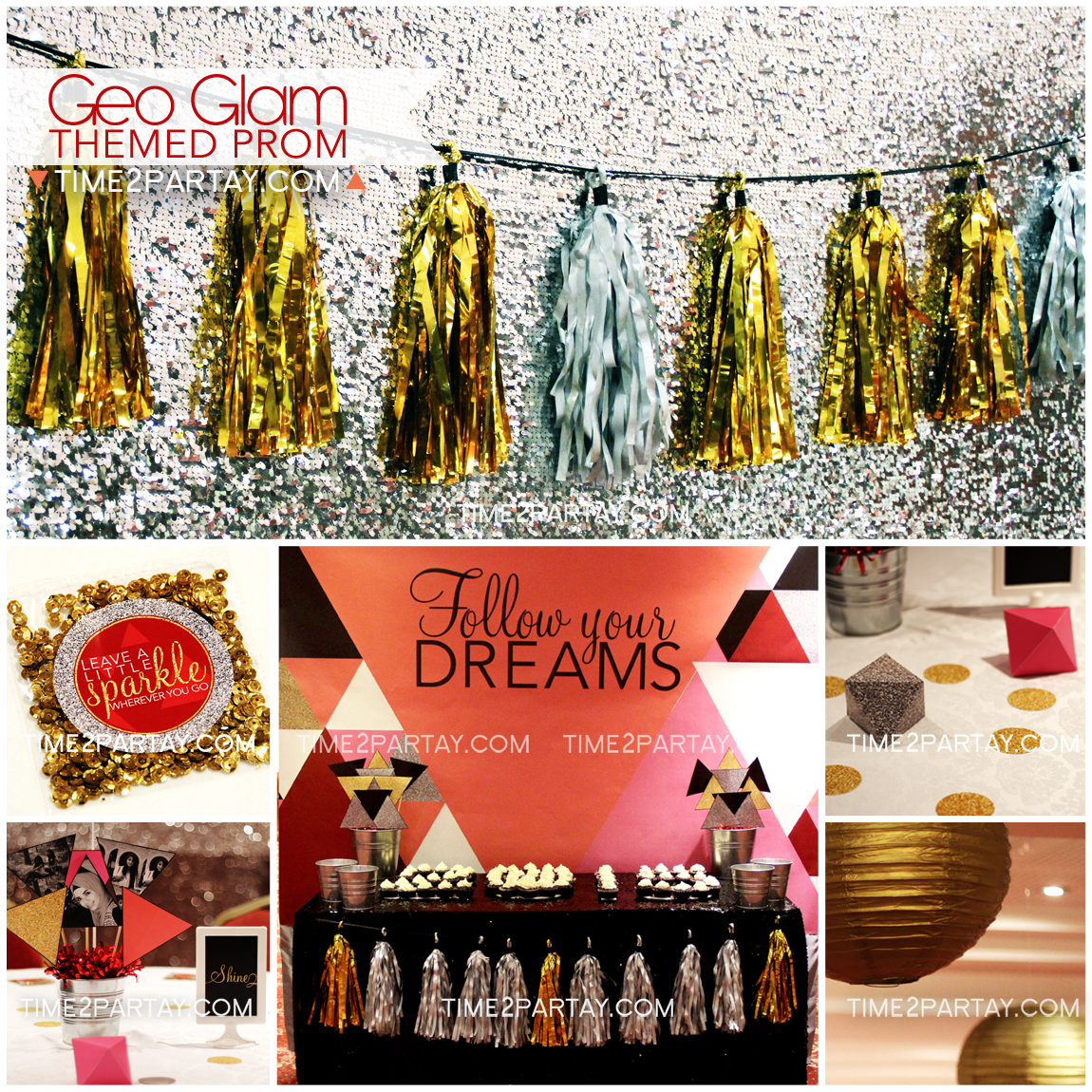 This prom was one modern and trendy party! The theme is a mixture of both glamorous and geometric details, a geo glam theme. The colors we used were gold, silver, coral, pink, red, black and white. We added some sparkle details to the invitations, cupcake bar, photo booth, centerpieces and so much more. We also added geometric shapes (such as triangles) to the cupcake bar and other sections. The triangles represented arrows, which is why we used quotes such as “follow your dreams”. The quotes we used were perfect for every single graduate’s bright future! Check out the pictures below for more glamorous details! Congrats to the class of 2015! 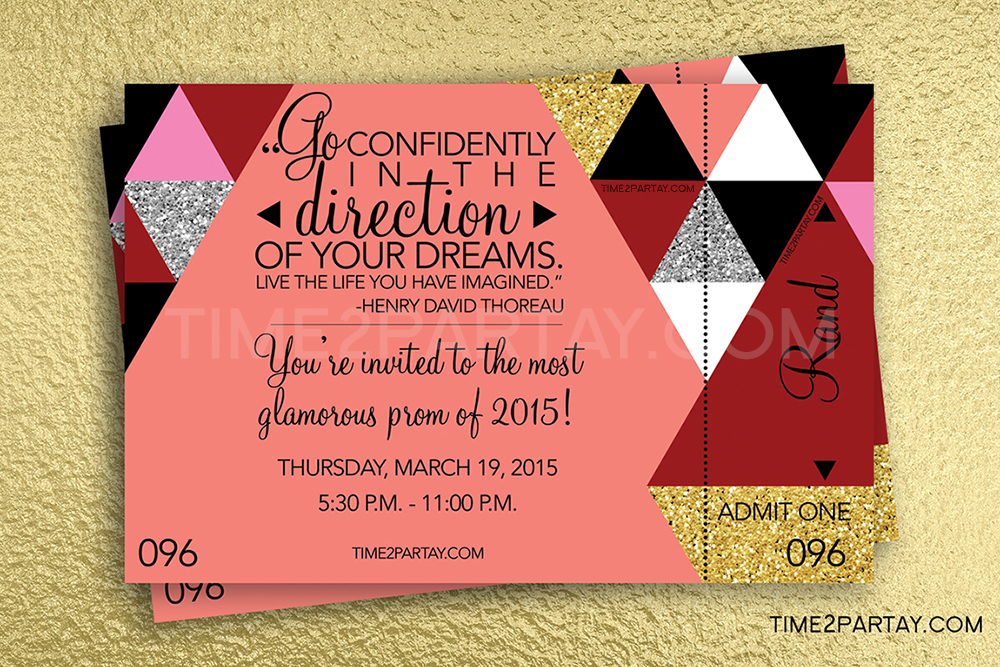 We designed this invitation and added each graduates name to them. 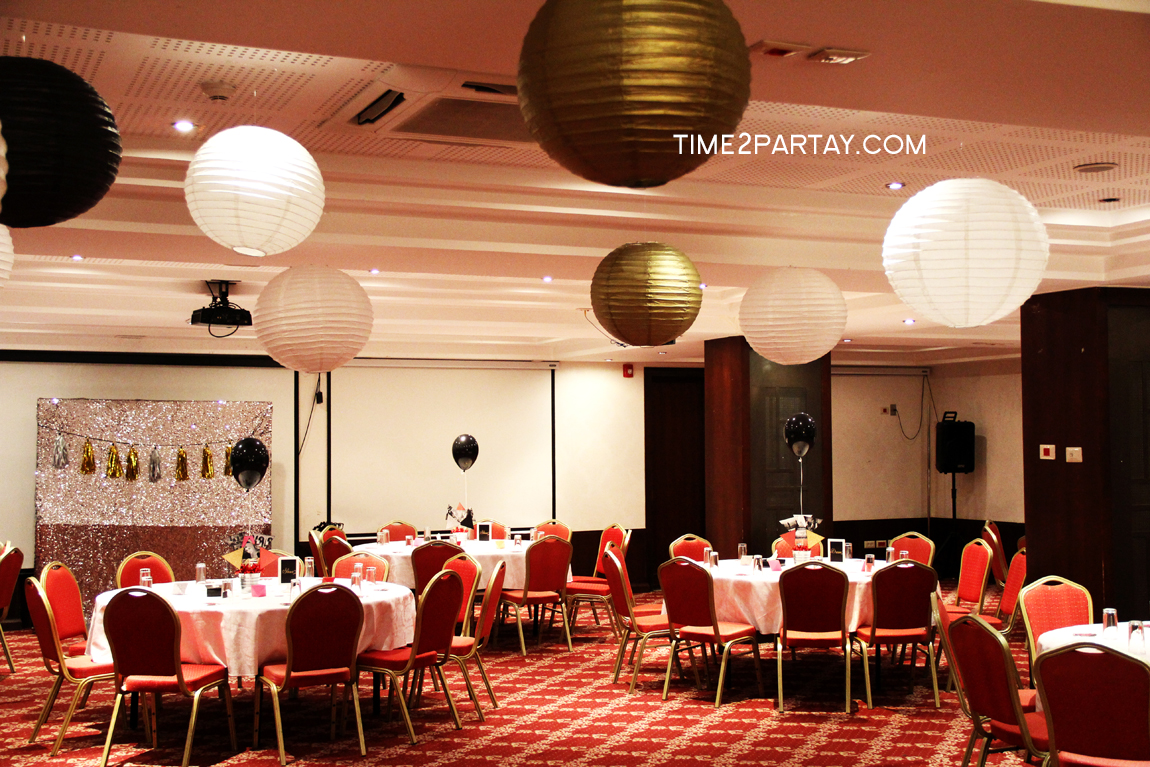 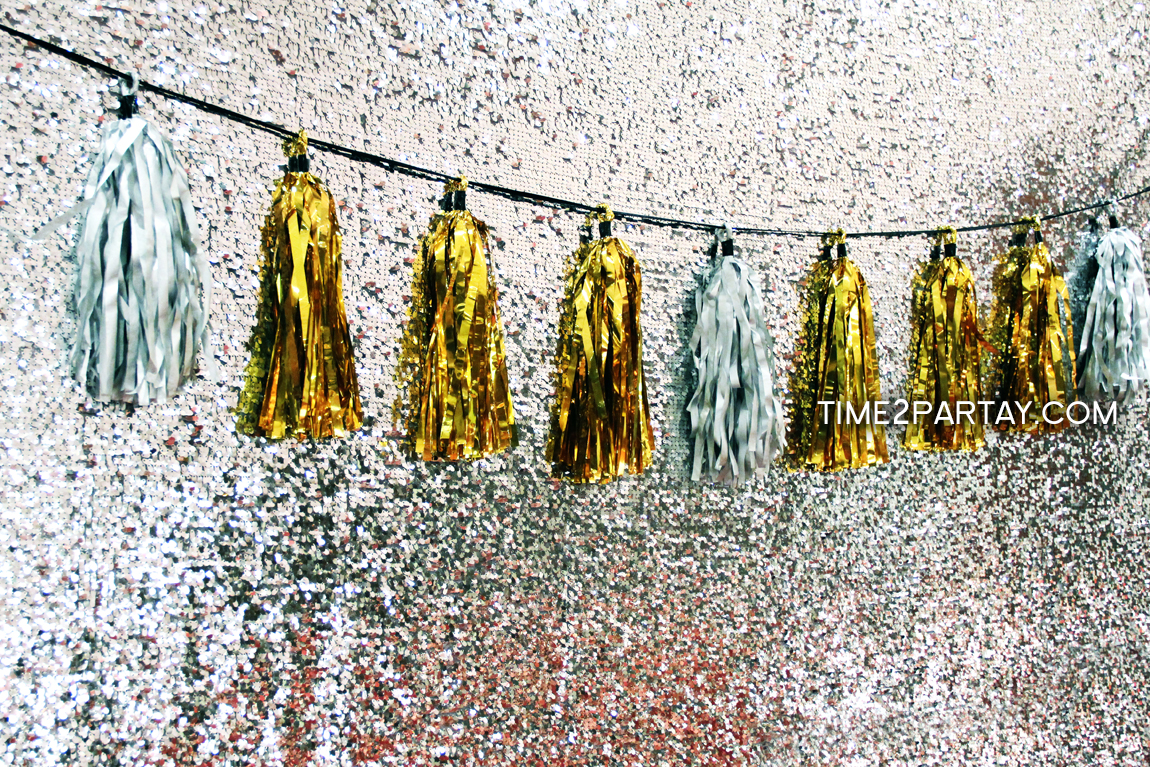 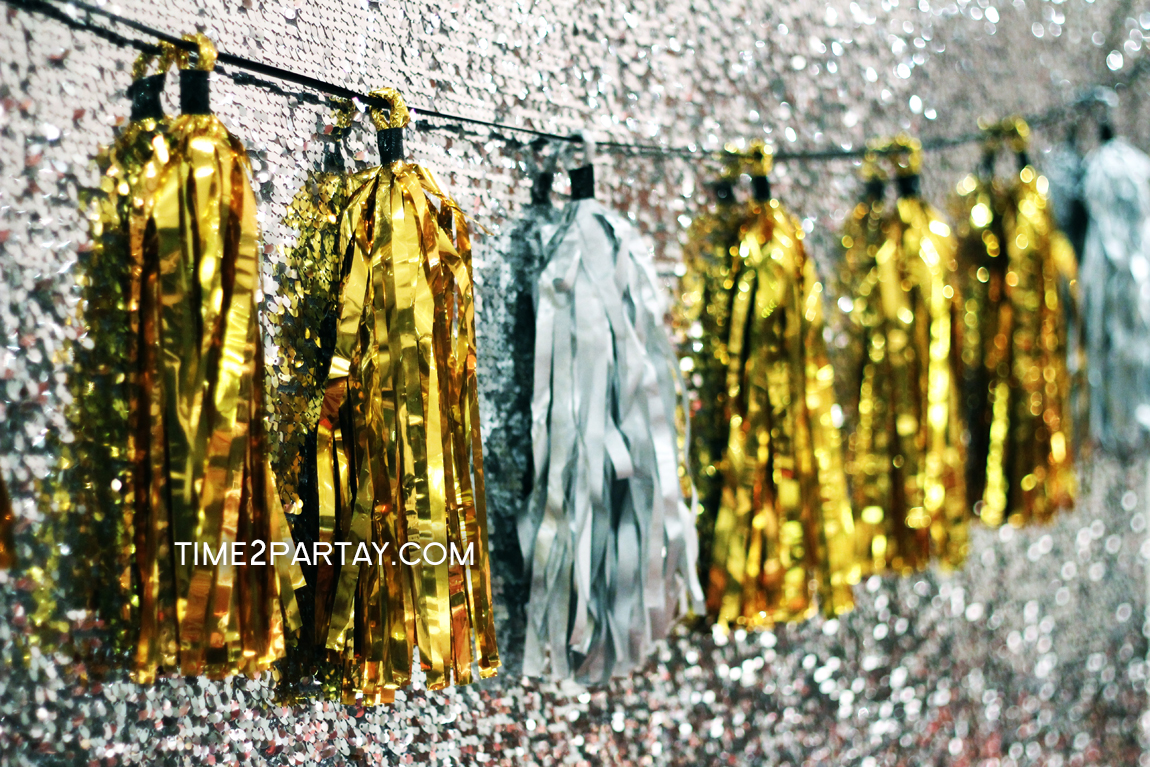 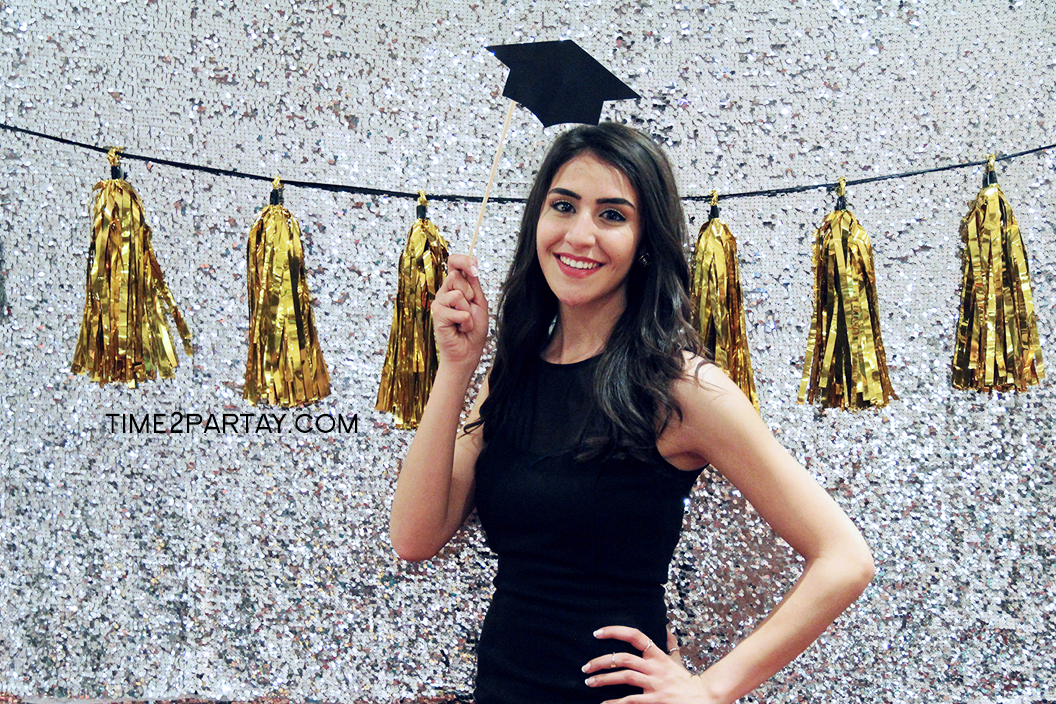 Every one loved taking pictures by the booth! 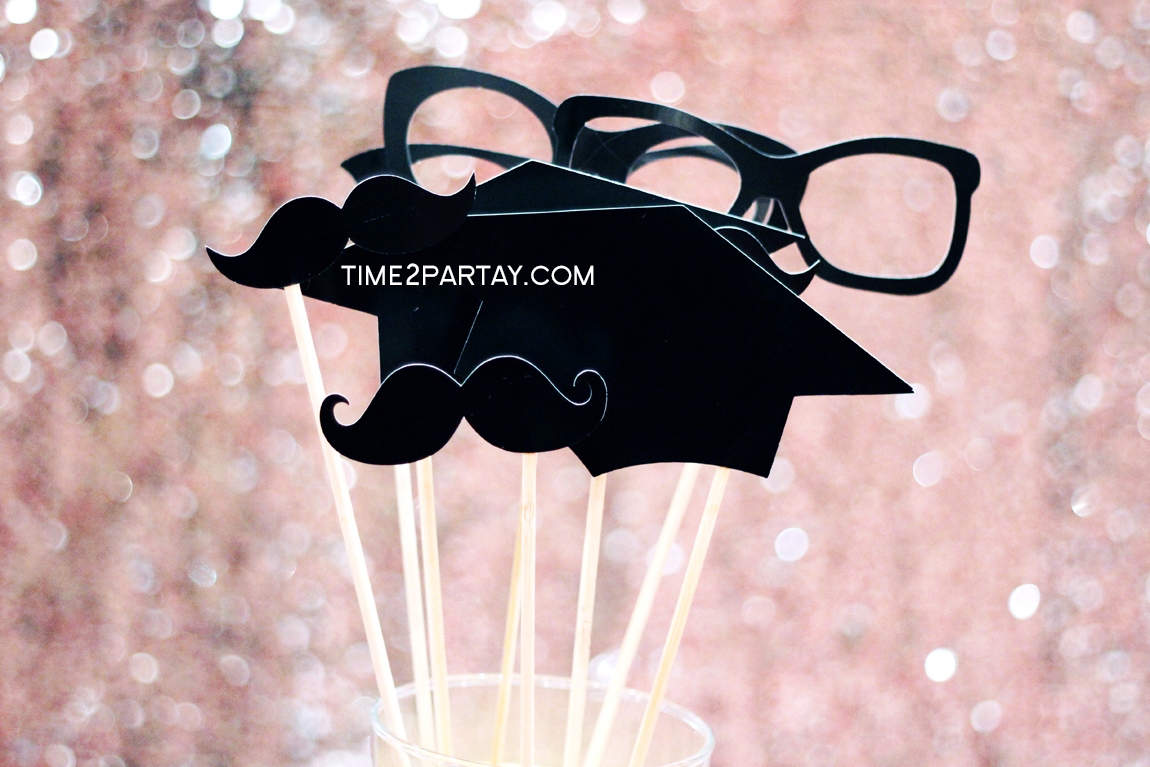 We made some props such as graduation caps, mustaches, and glasses. 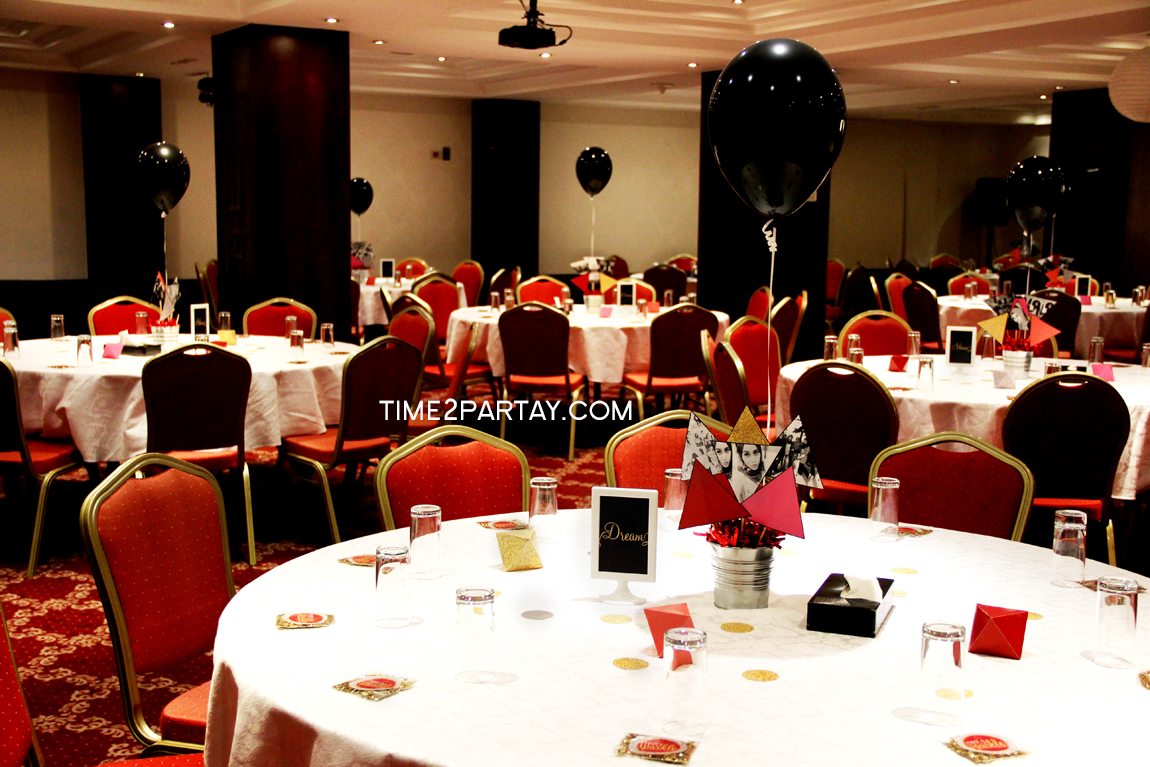 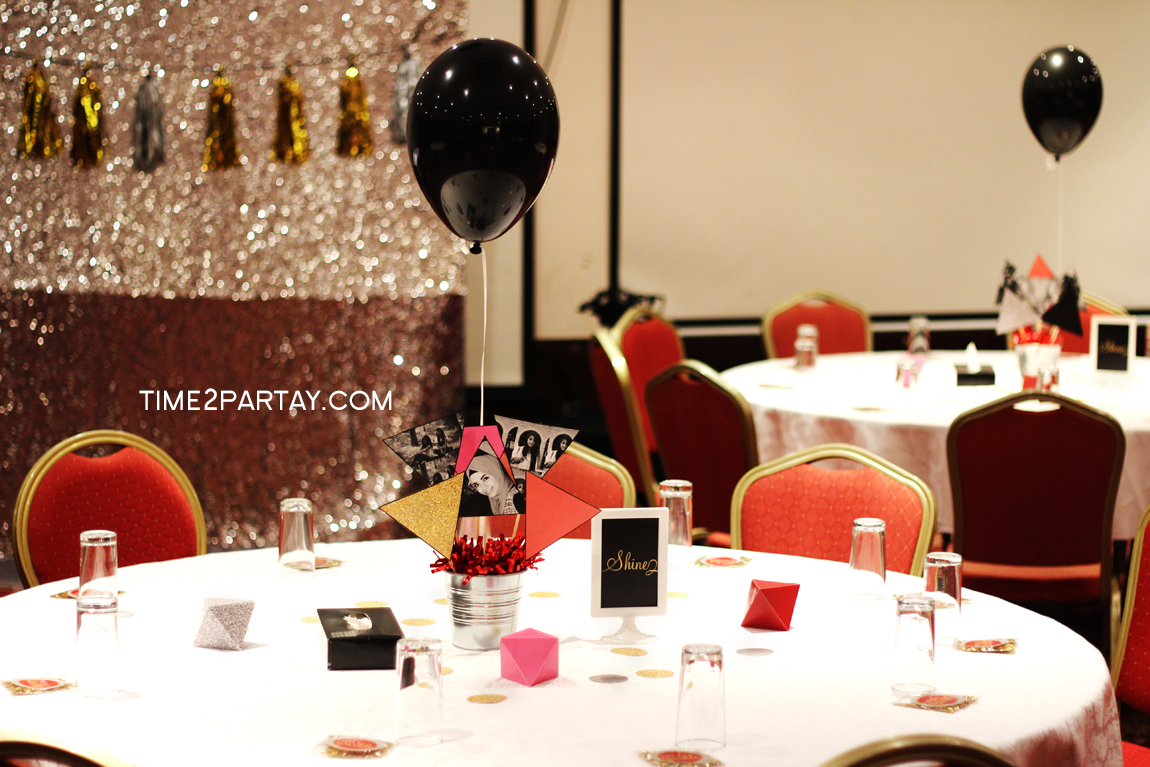 We added centerpieces to each guest table. Each vase included triangles and pictures of the graduates. We also added some “Sparkle, Dream, Shine” frames and geometric diamond shapes to each table. 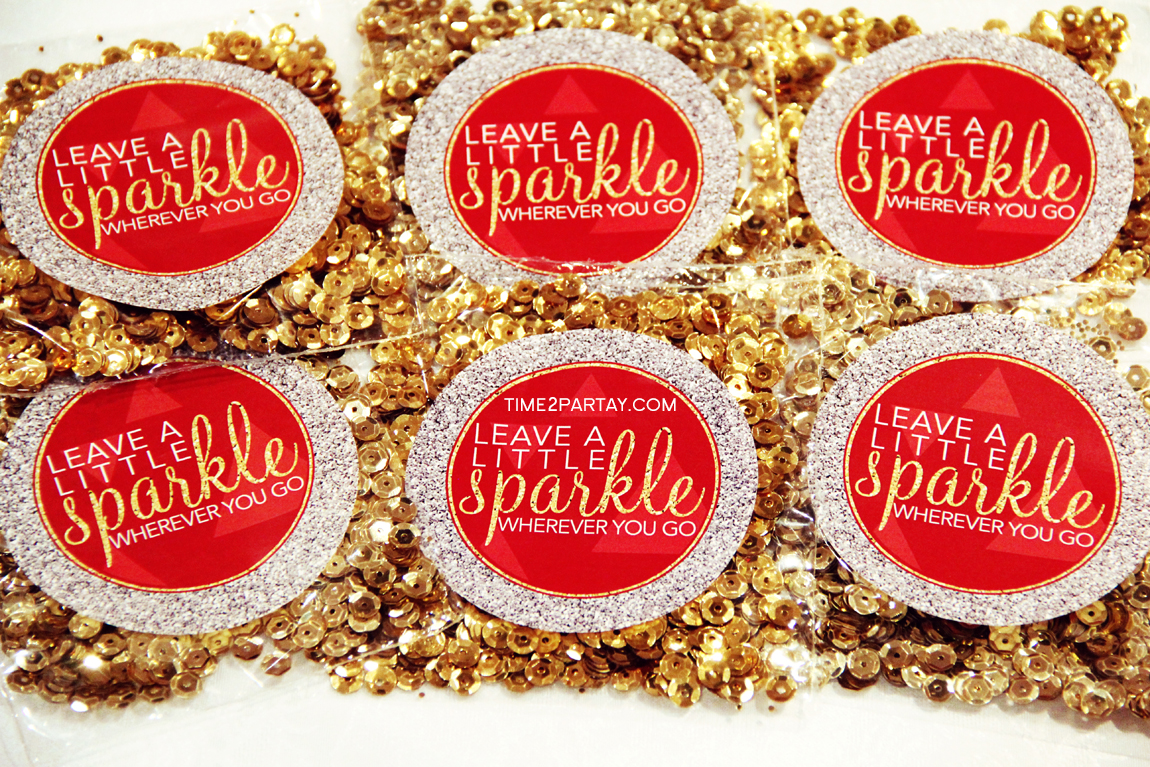 We made these sparkle confetti bags and added it next to each plate on the guest table. 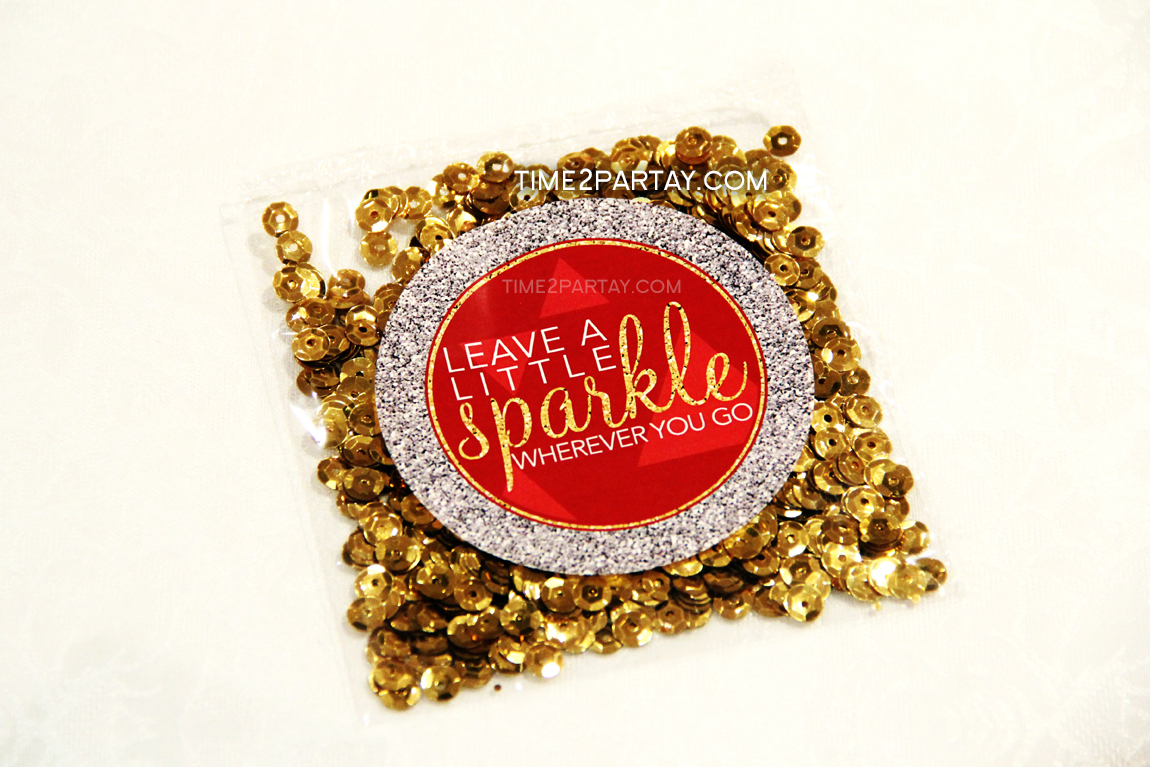 We designed this label to match the theme. 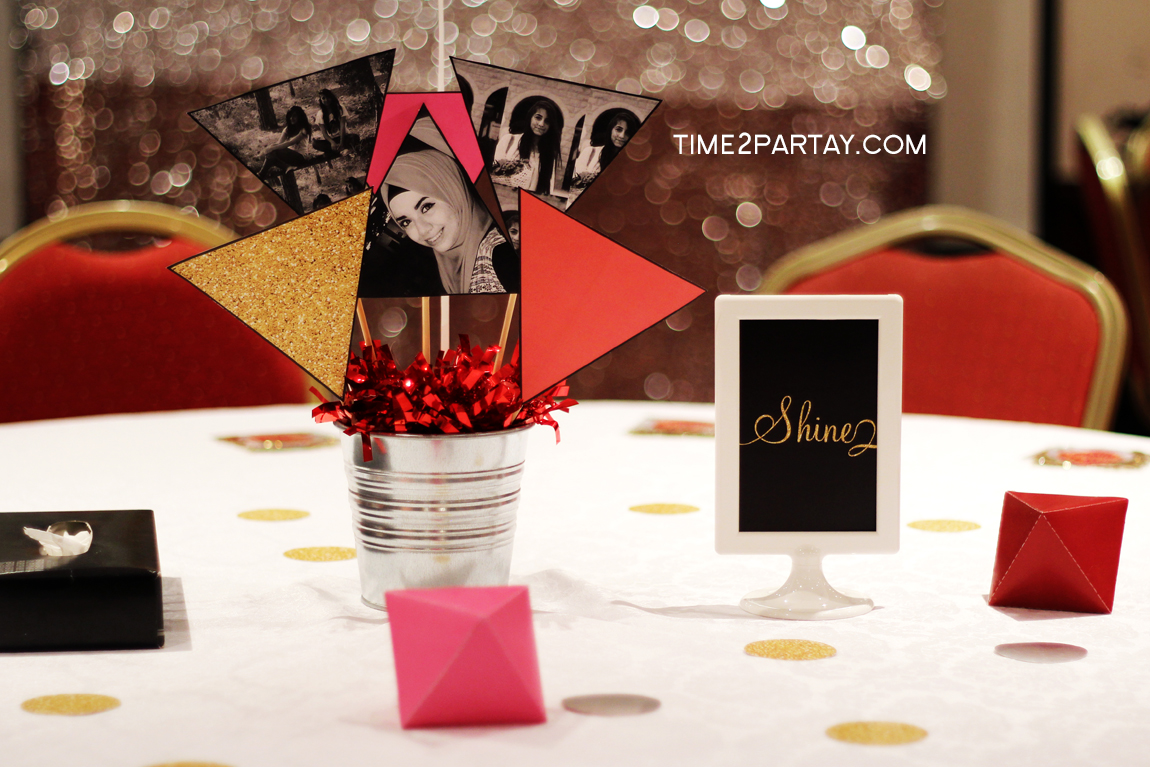 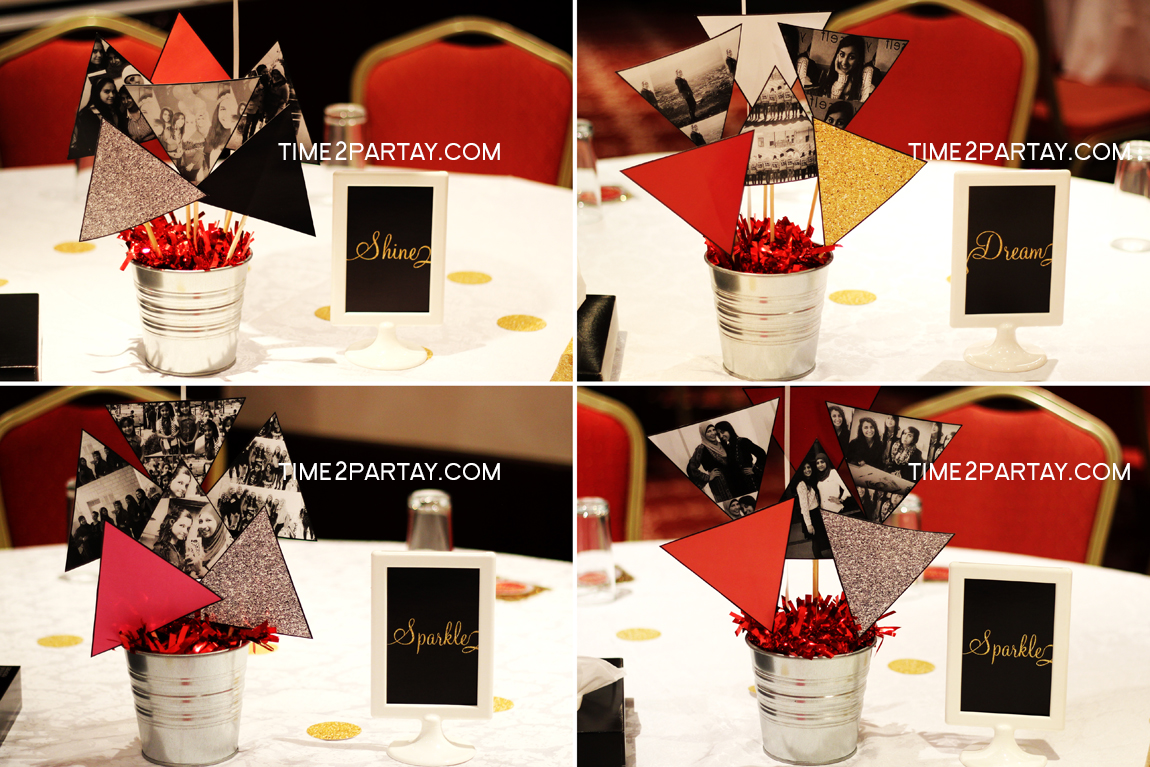 Each centerpiece was different since we added a picture of each graduate as part of the centerpieces. 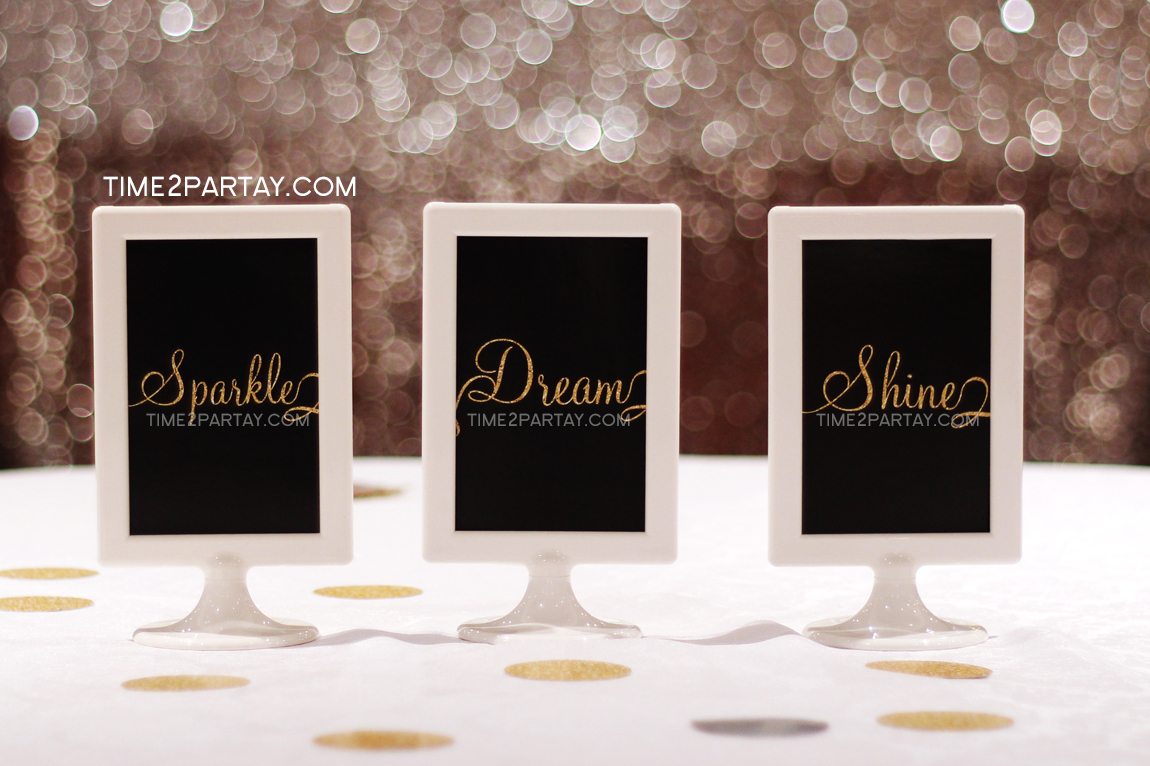 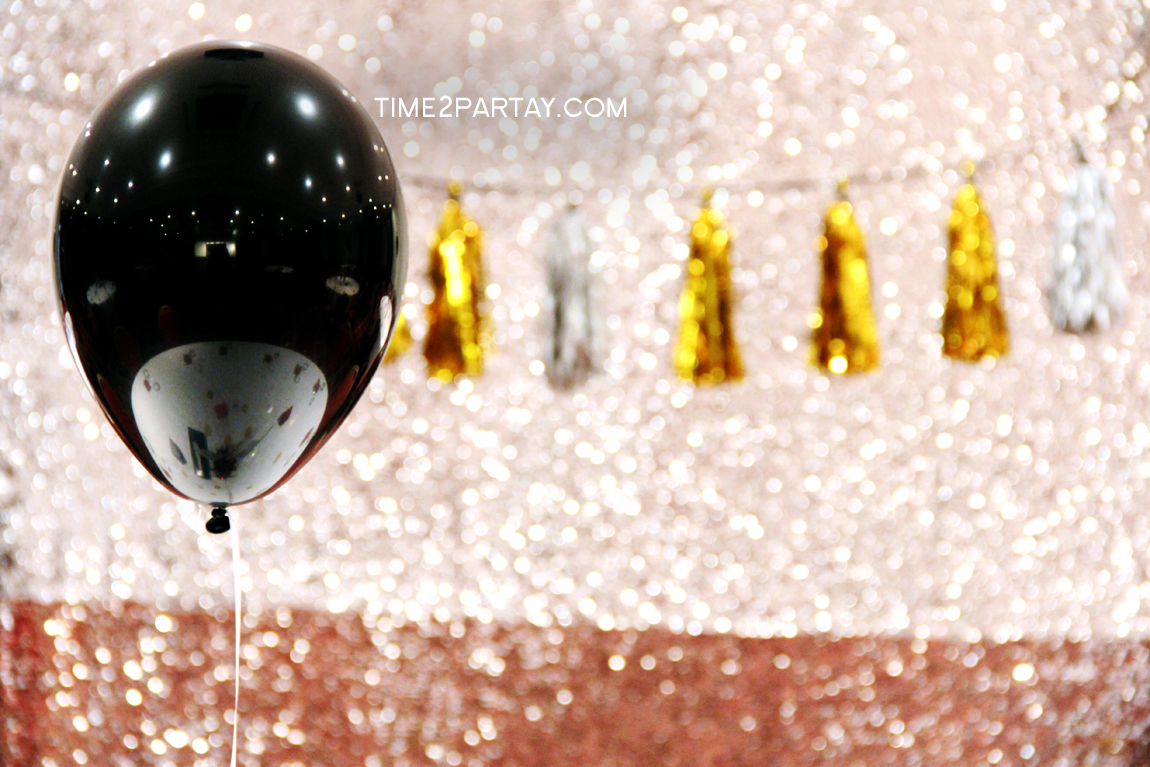 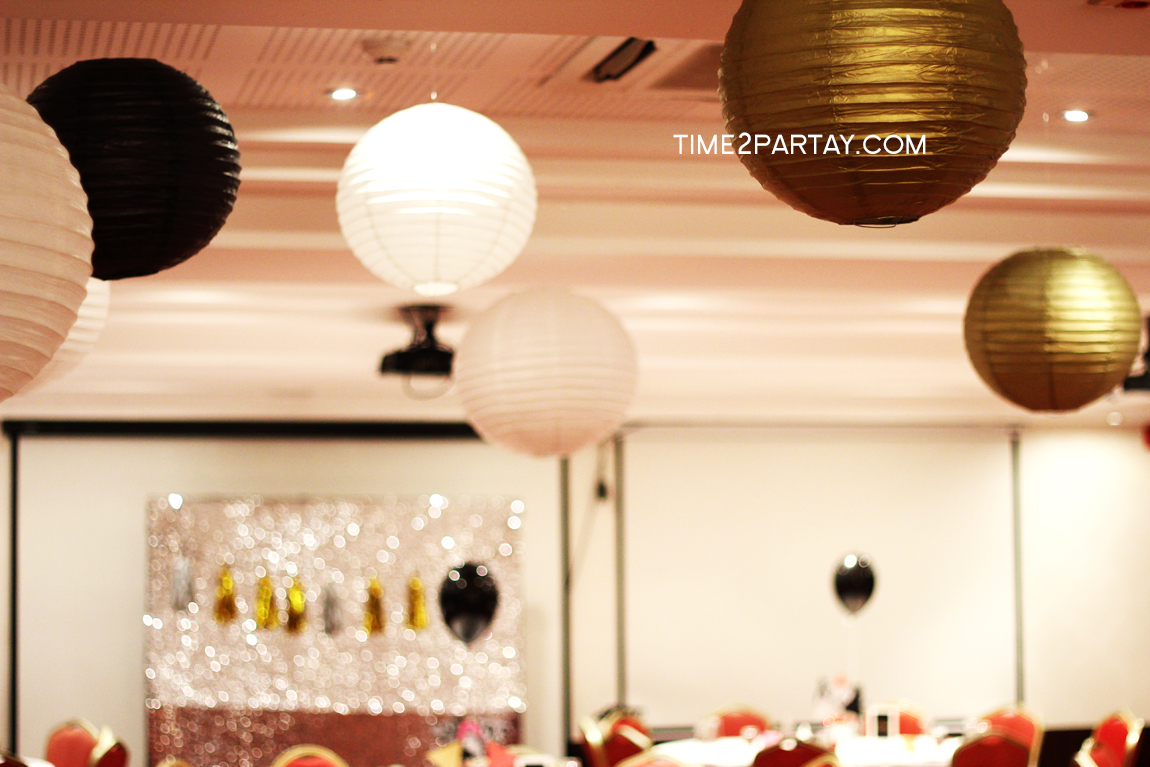 We added gold, white, and black paper lanterns on top of the dance floor. 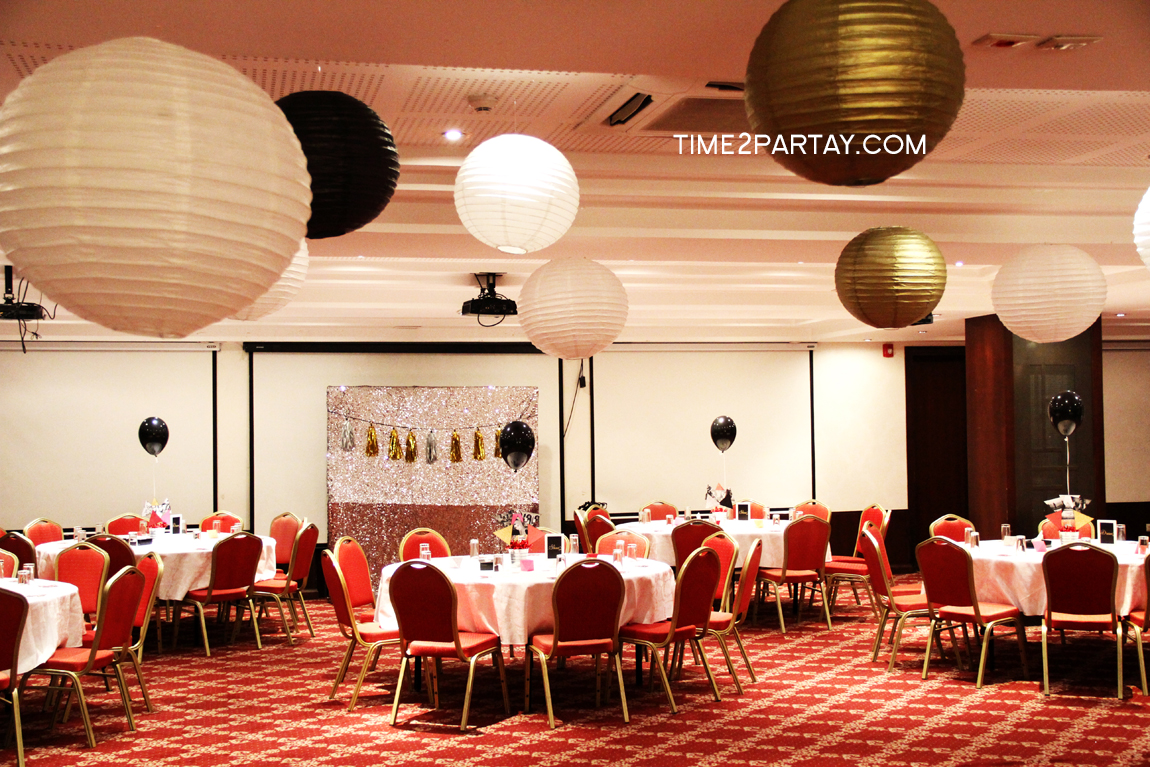 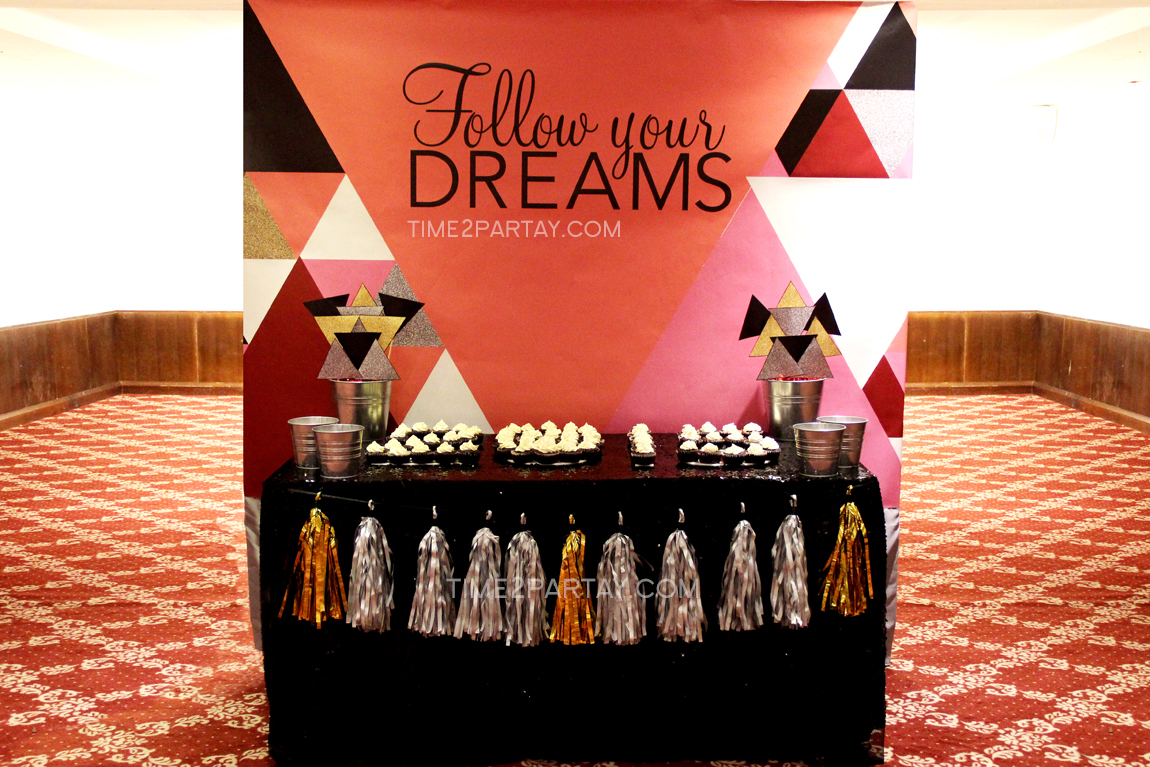 The cupcake bar. We designed this background using geometric shapes and a quote. We also also added geo themes centerpieces and tassels. Our homemade cupcakes were placed to look like the numbers “2015”. 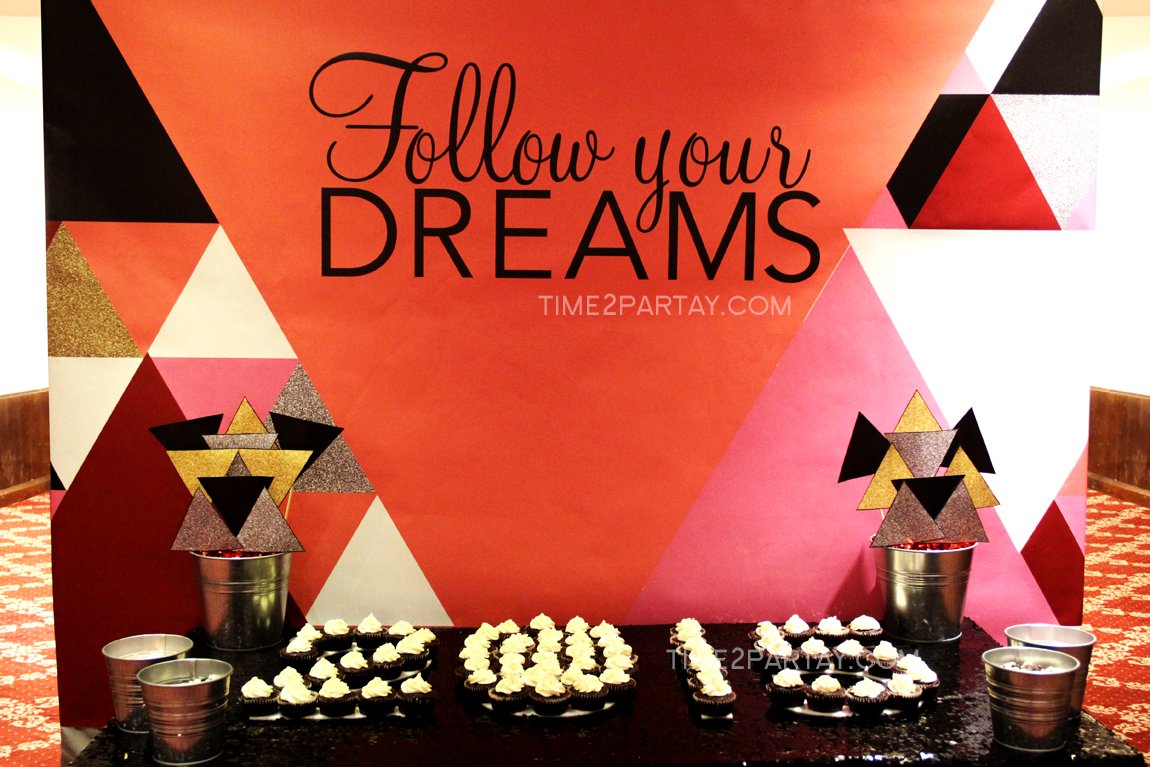 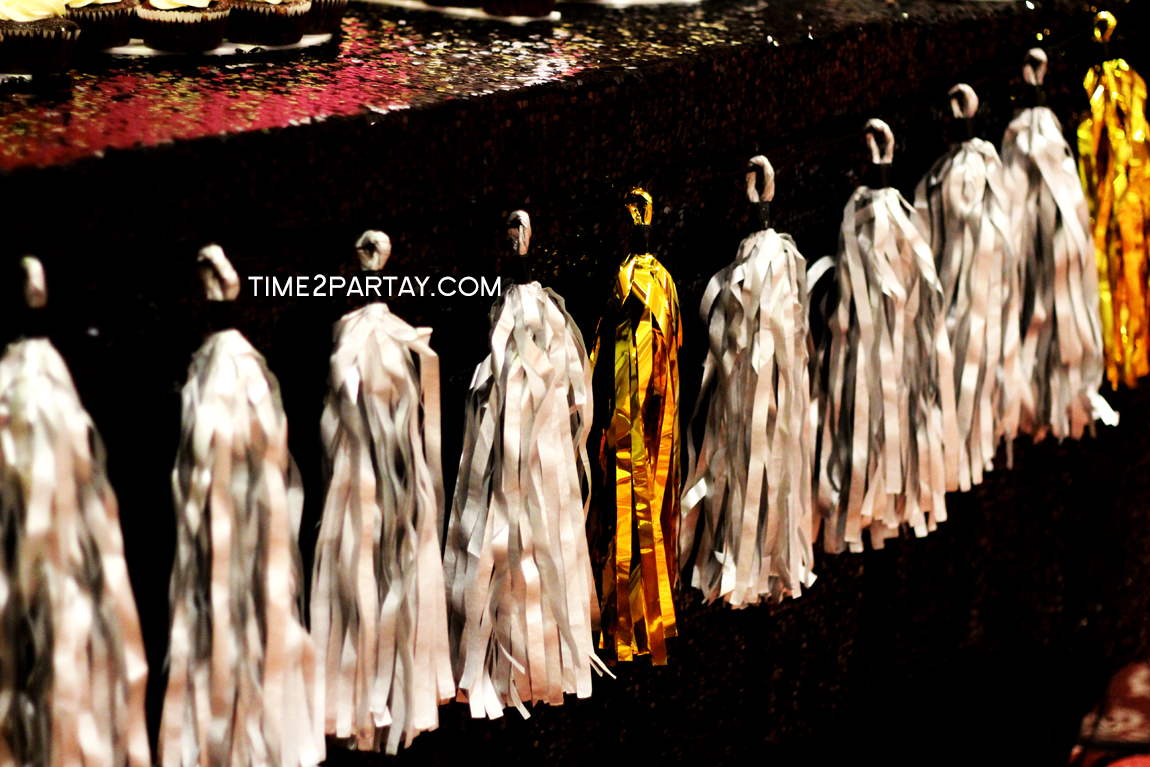 The tassels with the sequin table cover were perfect! 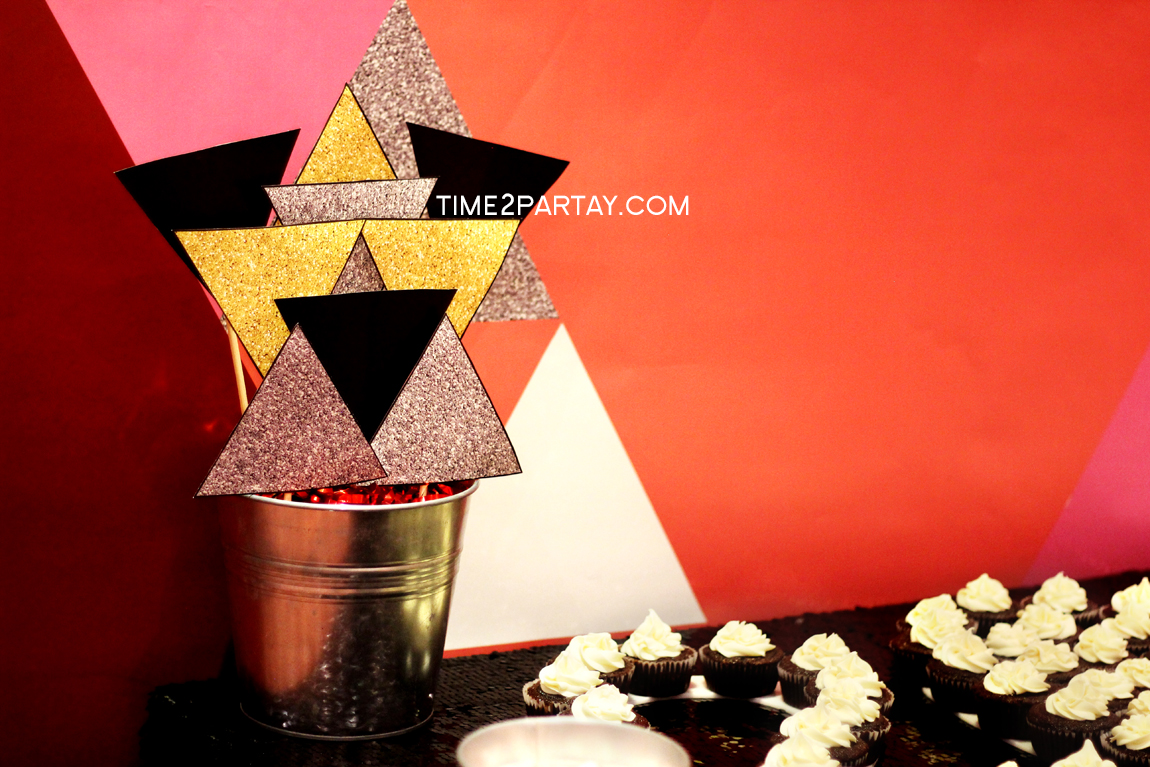 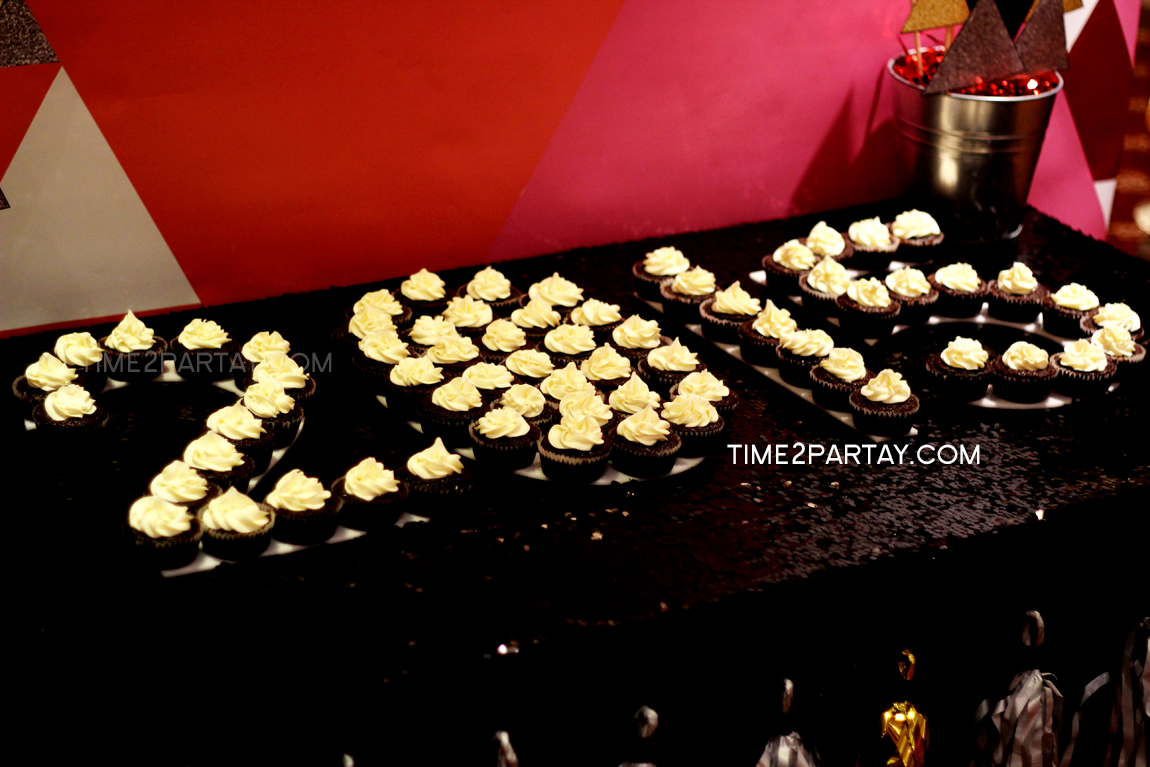 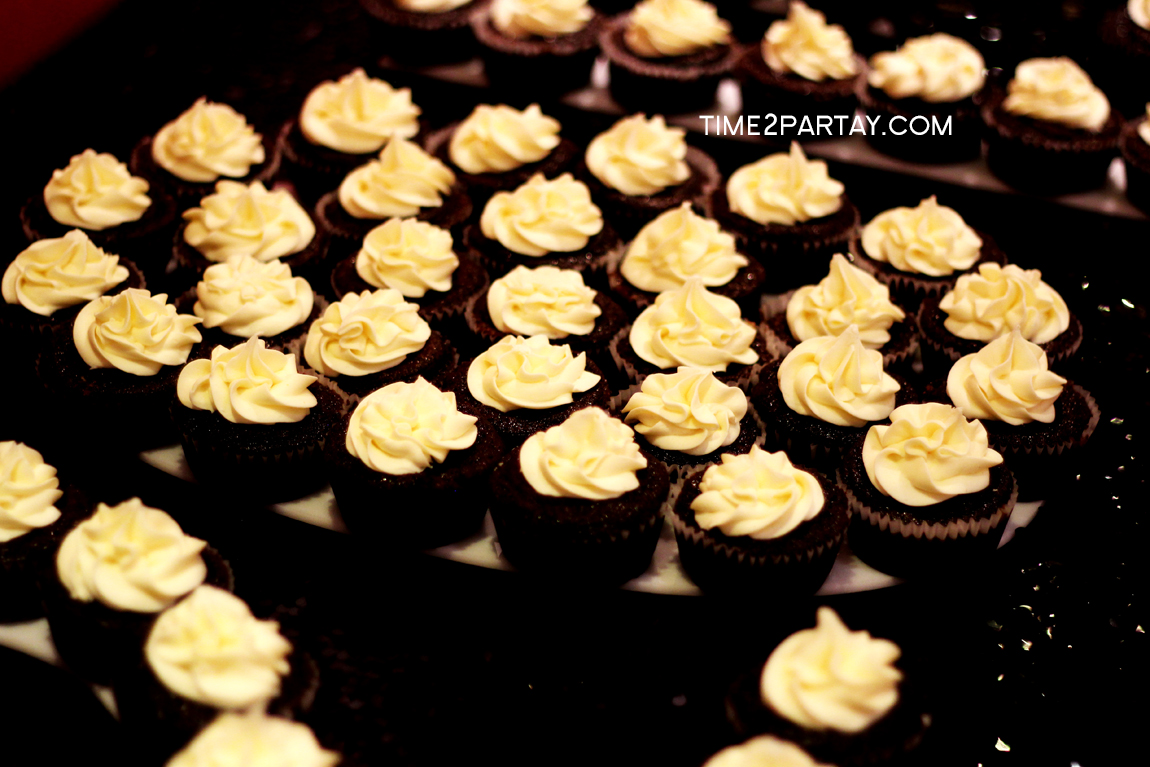 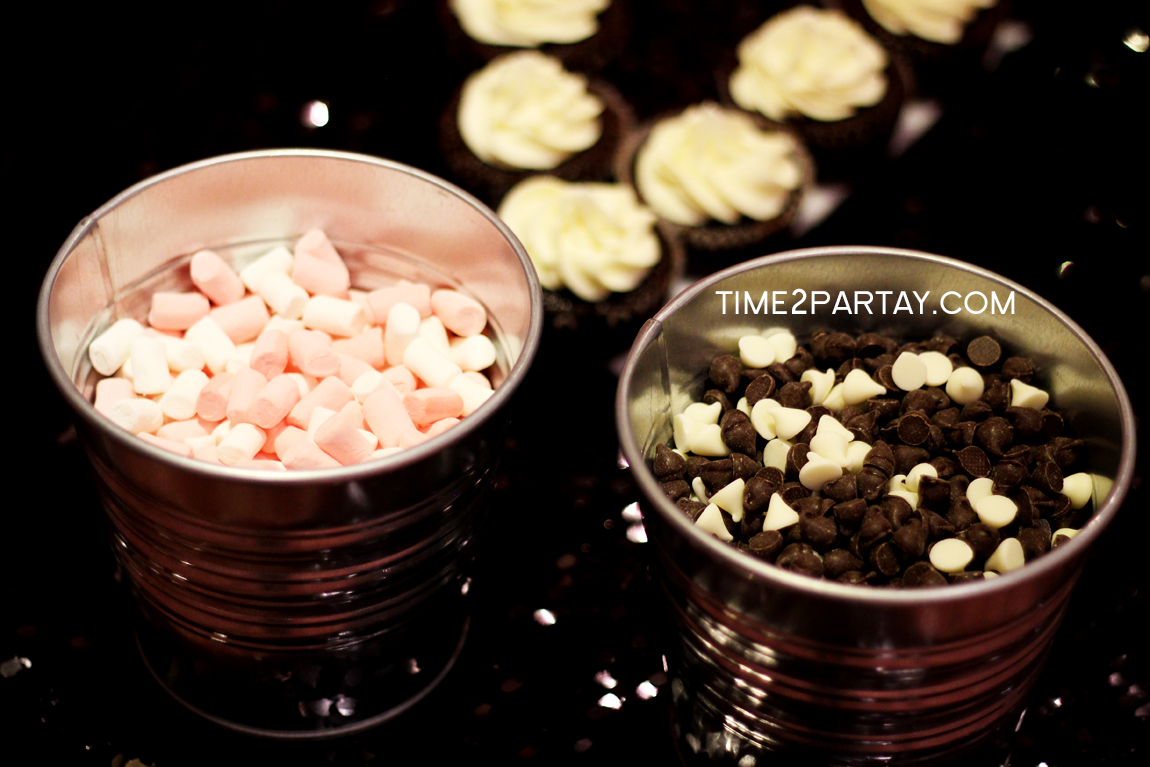 We added some toppings to the cupcake bar. 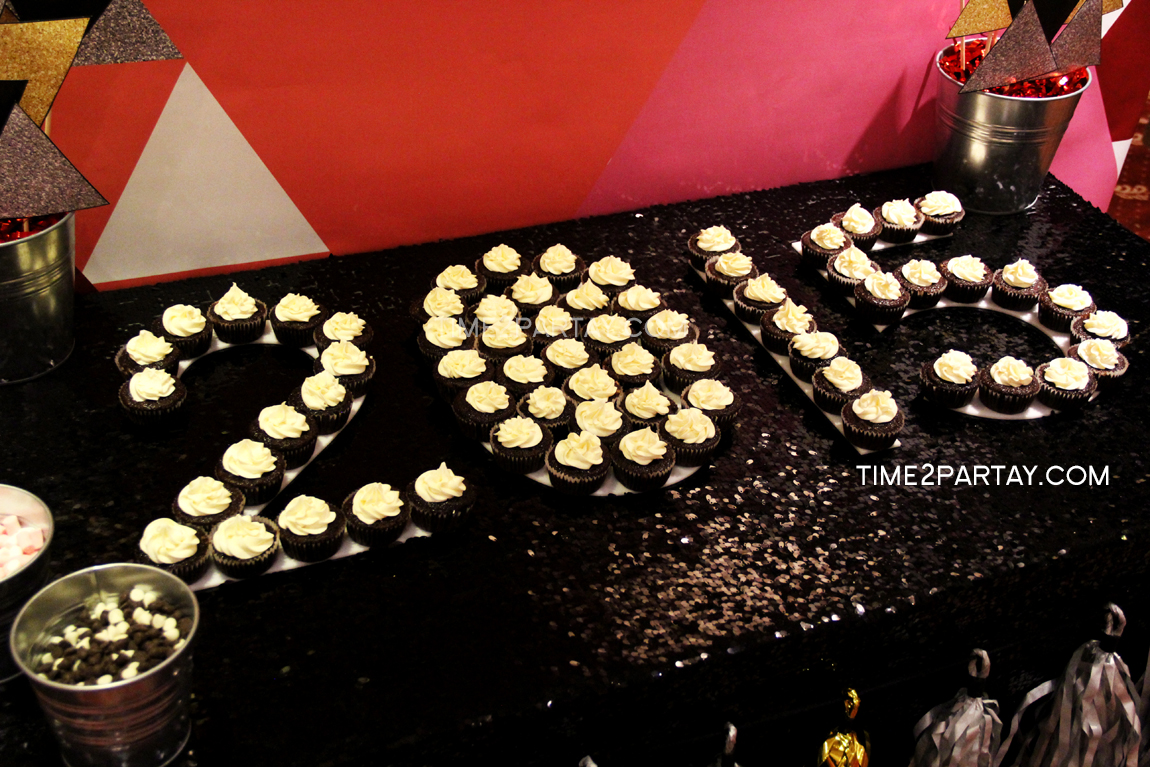 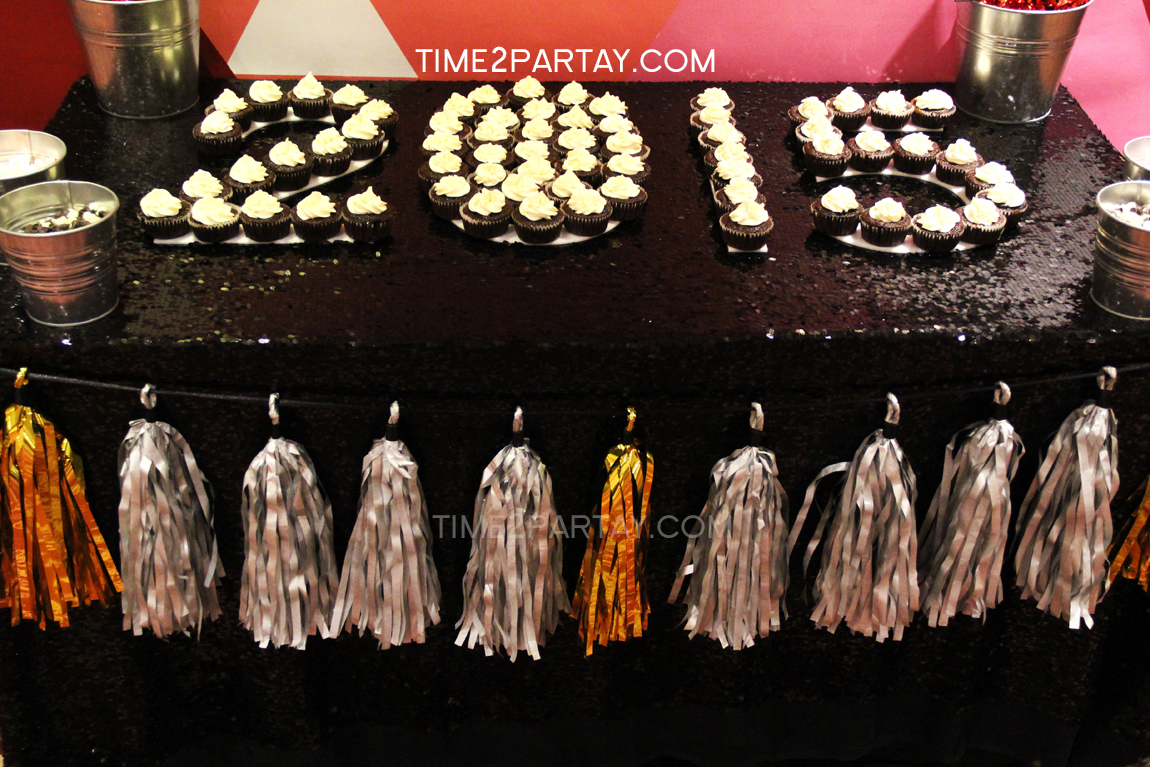 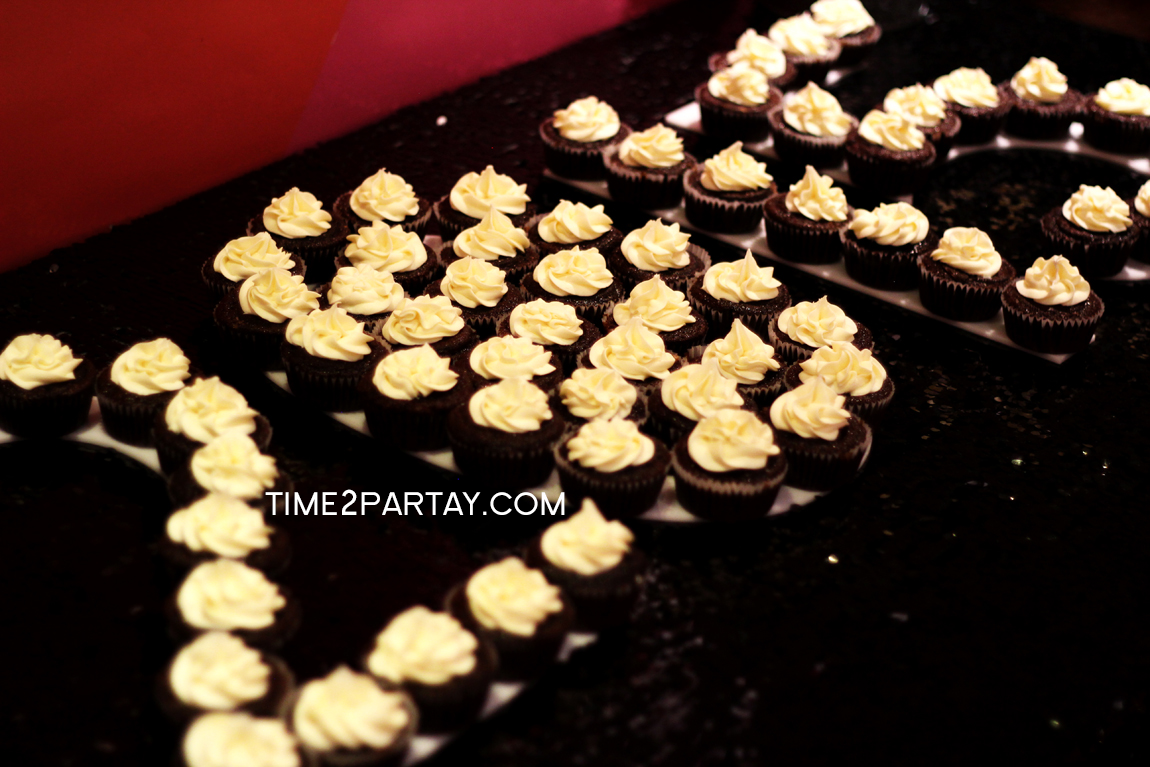 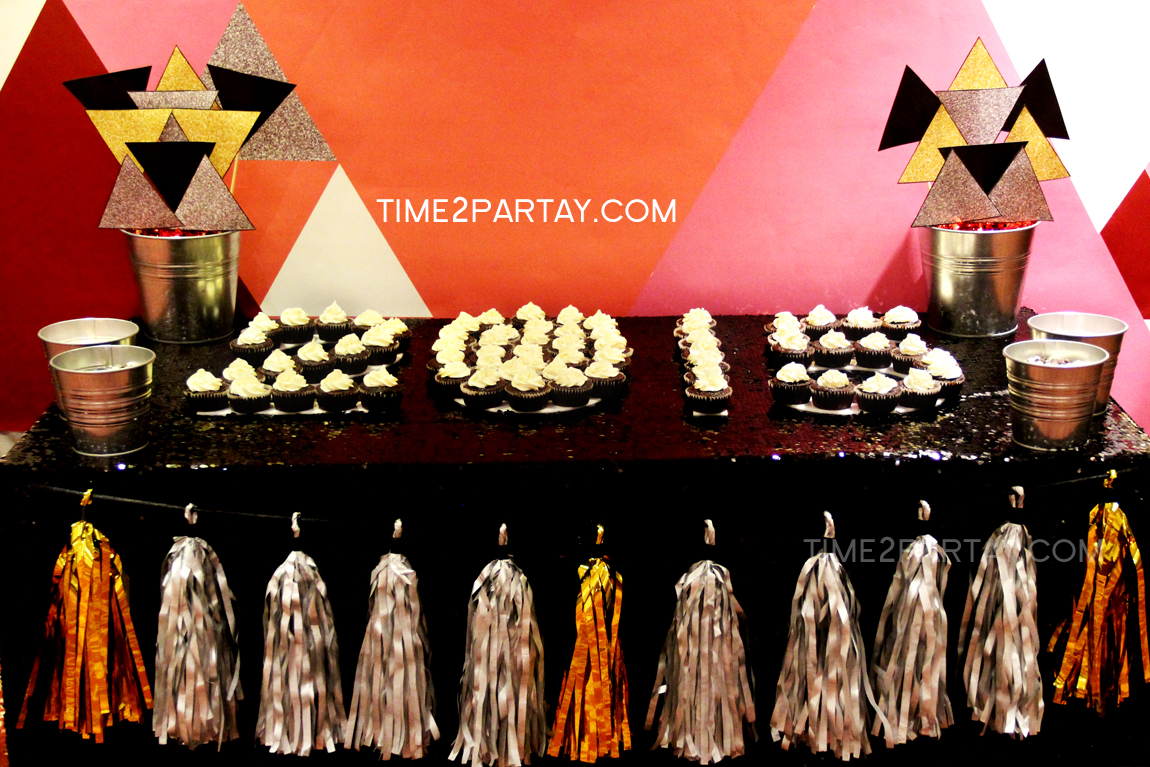